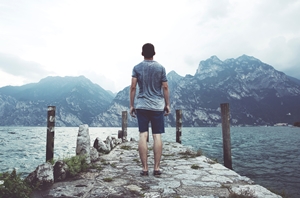 It’s Week 12 of the MFRWauthor Bloghop, and our prompt this week is: My Greatest Strength.

Hmmm. Are we talking greatest strength as a person in general, or as a writer? I’m going with Option #2.

My greatest strength as a writer. I’ve been told over the years that I’m a clean writer, meaning that when I turn in a manuscript to an editor, it generally needs very little work. I’ve also been told that I write children well, especially pre-teens and teenagers. I like both of those comments because (a) I take a certain amount of pride in not sending a messy manuscript to an editor and (b) family dynamics fascinate me, and I love to explore them in my work.

I’ve also been told that I’m a natural teacher, and I do enjoy teaching workshops on the art and craft of writing and various aspects of the writer’s life.

But if you were to ask me (which I guess you are) what I consider my greatest strength as a writer, it would the ability to keep going. I’ve been writing my whole life, but writing seriously, with a plan in mind and the grit and determination to keep at it, since the fall of 1992. I guess that’s long enough to say that I’m not going to give up and go away.

In more than 25 years in this business, I’ve seen and experienced a lot. The industry has turned upside-down and become something that would have been unrecognizable when I first started out, requiring almost constant reinvention of self and proving something I’ve been saying for years:

I’ve had good reviews and bad reviews. Editors have been encouraging … and not so much. Lines have folded. Editors have left the publisher, leaving me “orphaned” for a time. I’ve seen hundreds of new authors burst upon the scene and hundreds more fade away. Those who are still around are still here, not necessarily because they’re the most talented of the lot, but because they’re resilient. I like to think I’m one of them.

If you’re a new author, just starting out, that would be my greatest advice to you. Be persistent. Be consistent. And be resilient. In my opinion, they’re the keys to logevity.

5 thoughts on “The Quality of Being Strong #MFRWauthor”