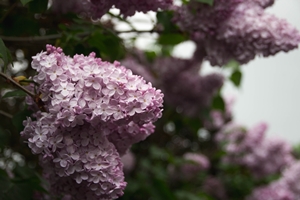 It’s week 21 of the MFRWauthor 52-Week Blog Challenge, and this week’s prompt is: A childhood memory–which is good because I’ve got a million of ’em. The hardest thing this week will be picking which childhood memory to talk about.

Memories have been flooding my head all week as I’ve thought about this week’s prompt. I had a great childhood in Billings, Montana, back in the day when a kid could hop on her bike after lunch and take off for parts unknown, with only the directive to “be home before dark,” or “in time for dinner” ringing in her ears.

Not the actual hill

My sister and I rode our bikes all over Billings when we were young. We quickly grew tired of our neighborhood and branched out to places further from home. I remember one street–a fairly busy one at that–with with a big dip in it. If you could get going fast enough on the downhill swing, and if you pedaled hard enough on the uphill swing, you could make it to the top without a whole lot of effort. I had a state-of-the-art bike with three gears. My sister rode an old clunker, but I don’t remember ever out-riding her.

Probably one of my favorite memories, though, involves my cousins–the ones on the Carter side of the family–and a game we made up called Purple People Eater, no doubt because of the song of the same name. Our game had nothing to do with the song, however. If you haven’t heard the song, here’s your chance!

My grand-dad Carter had a big lilac bush in his front yard–actually, I think it was several trees that grew up together, creating a very cool hiding spot in the center of them. The hiding spot was just big enough to fit 3 or 4 small children. Our game, which we only got to play for a few days every year during our annual summer vacations, required one person to be the Purple People Eater. The rest of us would scatter and hide. 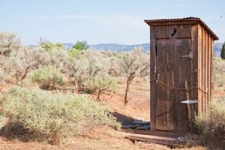 Grand-dad’s house was tiny–just one bedroom, a kitchen, and a small living room, so hiding inside was off-limits. But he had a treasure-trove of outbuildings for us to choose from. There was a lean-to on the back of the house, an old unused coal shed, an outhouse (which one or two of us might have decided to use for a hiding place on occasion since it was the last place any reasonable person would think to look), and an old unused chicken coop,

If the Eater got there first, the other kid became the new Eater and the former Eater would race off to hide. This change-up could occur at any time, and no announcement was ever made to the others, so a little girl hiding behind the chicken coop might see her cousin, Beckie, walking toward her and innocently believe she was safe, only to find out that Beckie was now the People Eater! For a little girl who didn’t run particularly fast, this could be a real disaster.

We are a huge bunch, we Carter cousins. Some of our number were grown up and married by the time this game came into being, and others had yet to be born. We didn’t get together with our cousins often. With us in Montana and them all in Utah, we lived too far apart for that. When we did get together, it was only for a few days at a time. But for a few years there, whenever we were together, a bunch of us played Purple People Eater until our parents made us stop. It was the best game ever–with the possible exception of swing base, a game my sister and I made up and played endlessly in our backyard.

This is a bloghop, so check out the posts by other participating authors via the links below!